Pastor Paul Enenche Explains What happened During The Birth That Made Him Special., Pastor Paul Enenche is one of the most popular pastors in Nigeria. He is the founder and the senior pastor of Dunamis International Gospel Centre, headquartered in Abuja.

He revealed to the public what made him a special breed. He made this statement in a program, “Healing and Deliverance Crusade,” currently held in Lagos State.

In detail, the popular Televangelist said if it weren’t for God, his journey to the earth would have ended as soon as it started. Instead, according to him, his mother was told she had a miscarriage after terrible bleeding.

He said that the bleeding occurred around six weeks after his mother conceived him. The doctors and the nurses had already told her to bear the loss of her baby.

But as God may have it, ‘The woman bled, but the pregnancy stayed,’ he said. Quite interesting if you ask me, the blood left, but the baby remained’.

And that baby was later born, and he is Pastor Paul Enenche talking to you. He added that such an occurrence is quite rare, and it defiled medical explanation and logic.

The incident that would have ensured there is nobody like Paul Enenche did not end there. This time, it is during his birth.

Mrs. Enenche had the feeling it was time to bring forth her baby, little Paul. This was due to the symptoms she was having and not by mere feelings.

Again, the doctor advised her to go home. Given their experience and knowledge, it wasn’t time. But guess what happened.

When mother Paul got home, she had to face the pains of childbirth all by herself. That could be dangerous. Even though the specialists were not there to help, she delivered her baby in peace.

Of course, Pastor Paul Enenche is not just a pastor but also a qualified medical doctor. He knows the implications of what happened. His mother brought him forth alone and tended herself.

Imagine a woman going through the griefs of child labor unaided, separating the placenta from the baby and cleaning him. This also means that she cared for herself too.

It is such a wonderful thing to happen. However, most women find it very difficult, even with all the nurses, doctors, and their husbands put together.

It doesn’t mean that Paul’s mother was a superhero, but it is because God wanted him alive. God wanted to pass a message. So even though life conspired to deny him life, God showed he has a place in His great plan.

Dr. Enenche was not trying to brag in his sermon, and he was trying to teach a moral. He ended his message with the powerful words, “The devil can never stop any man who is destined to be great’.

It is a strong message to those who exalt the devil always. If you constantly attribute your woes to the devil, you are elevating the devil. If you are destined to conquer, you will do.

Kindly show the man of God love by engaging with his testimony here. Then, please tell us how it affects you in the comment section. Also, please share, like, and subscribe to our blog.

10 years after she claimed she gave Bishop Oyedepo charms, 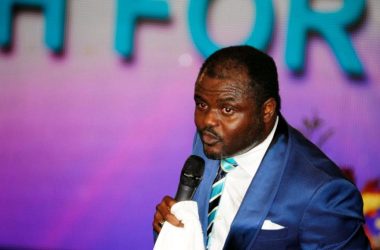 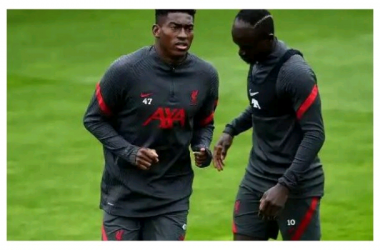